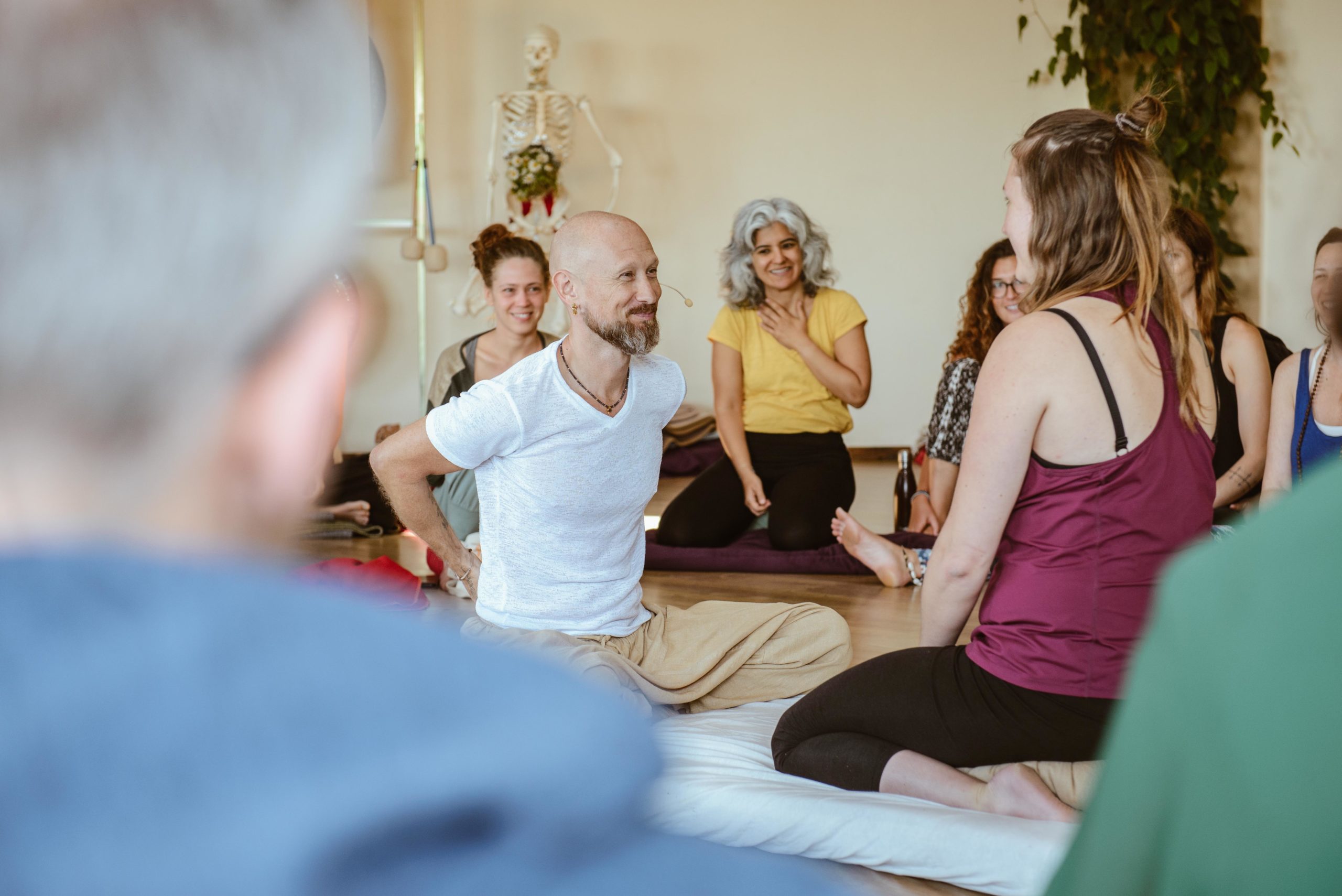 7 Segments or Belts of Tension in BioDynamic Breath & Trauma Release

Wilhelm Reich was a major contributor to the body/mind sciences of the early 20th century, and is credited as being the key driver of this form of scientific enquiry in the West up until the 1940’s. Reich proposed a model of the human condition that suggested a theory of energy being a primary component of all matter and space, a concept he called the orgone energy. This energy was important for living organisms as in effect it was a “life force”. Reich then established a theory of segmental armoring to explain how the body establishes its psychic equilibrium. In this Segmental Armoring theory, seven segments of the body exist where armouring or muscular tensions develop or takes place, and where the segmental contractions are at right angles to the flow of “life force” or orgone energy in the body. In fact Reich’s concept of 7 segments also related to the 7 chakra system of eastern Philosophy, and in many ways has a premise that is basically the same as proposed by eastern philosophy.

7 segments as defined by Reich:

1. Ocular Segment: All the muscles of the eyes and eyeballs, the forehead, the cheeks, the scalp, temples and the occipital lobe (the centre of vision in the brain) Emotional Expression: suspicion, amusement, contempt, detachment, guarding, fight, anger, and grief.

5. Diaphragmatic Segment: the diaphragm, the stomach, the solar plexus. Emotional Expression: pain and pleasure, the blocking of the diaphragm is significant because it cuts the body in two, and cuts all sensing and feeling of the lower segments, such as sexual feelings, excitation, rage, hate, terror, strength and empowerment.

6. Abdominal Segment: the large abdominal muscles (rectus abdominis), the transversus abdominis, which runs from the lower ribs to the upper margins of the pelvis, and in the back, the lower section of the muscles which run along the spine (latissimus dorsi and sacrospinalis). Emotional Expression: pain, fear, pleasure, trust, all feelings about nourishment and being nourished, relaxed in the center.

7. Pelvic Segment: almost all the muscles of the pelvis: the genitals, urinary tract, the buttocks (gluteus maximus), the adductors and abductors (in the thighs), hamstrings, and lower legs. Emotional Expression: sexual feelings and arousal, sense of power, anger, rage, anxiety, terror, panic, pleasure.

In BBTR we are focusing on releasing these belts of tension (segments) in a systematic way moving from the top down. This creates a pathway for the repressed and bound sexual energy to rise up the body as it is released. The nature of energy is to keep moving. It finds the path of least resistance. Just like a water stream flowing where there’s space for it available. Therefore it is important to clear the pathway for the movement of this energy. When we unblock this pathway of movement we free up the muscular constriction and in the process release emotional blockages associated with this muscular tension. This in essence is trauma release. The armour segments have different degrees of relationship to each other. In each session we focus mainly on one segment, but include the adjoining segments as well. This approach supports the energy opening throughout the whole body. Sometimes when energy is charged and emotion starts being released in one segment, the body has the tendency to contract in another segment.

Usually higher in the body, this hinders a spontaneous release. This kind of defence has functioned throughout childhood as an intelligent protection, as in hindering the expression of anger, sadness, or even sometimes joy, if circumstances would have been threatening for the child to open up these emotions. The client can now learn to understand the process in his or her own body and begin to trust that the unconscious, instinctive protection is not needed anymore. Whatever has been repressed can be exposed and expressed. Through this process the breather can become ready to finally deal with deep loss, grief, and trauma that was inaccessible up until now, through not having a safe container for its release. Through expression the bound up energy can be released, undirected and an incomplete ‘Fight or Flight’ response can be completed. One may come out of immobility or a ‘freezing’ response that is stuck in the body. With completing these incomplete responses body movement integration can take place.

No one has written a comment yet. You can be the first!